The Wirlomin Noongar Language and Stories Incorporated Committee consists of: 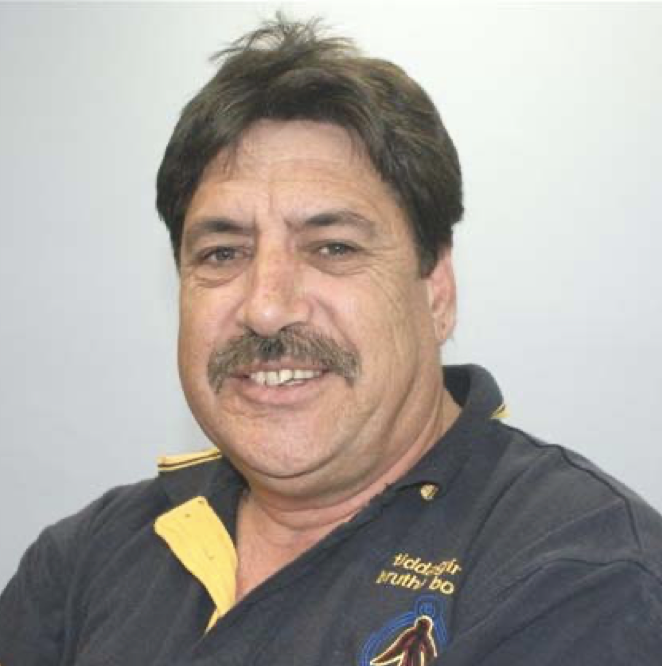 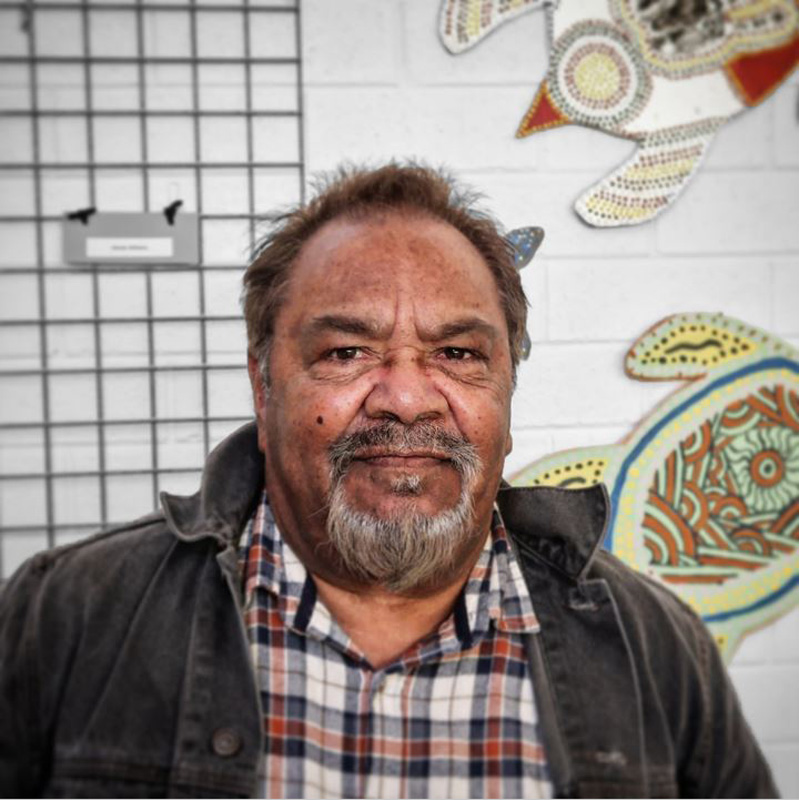 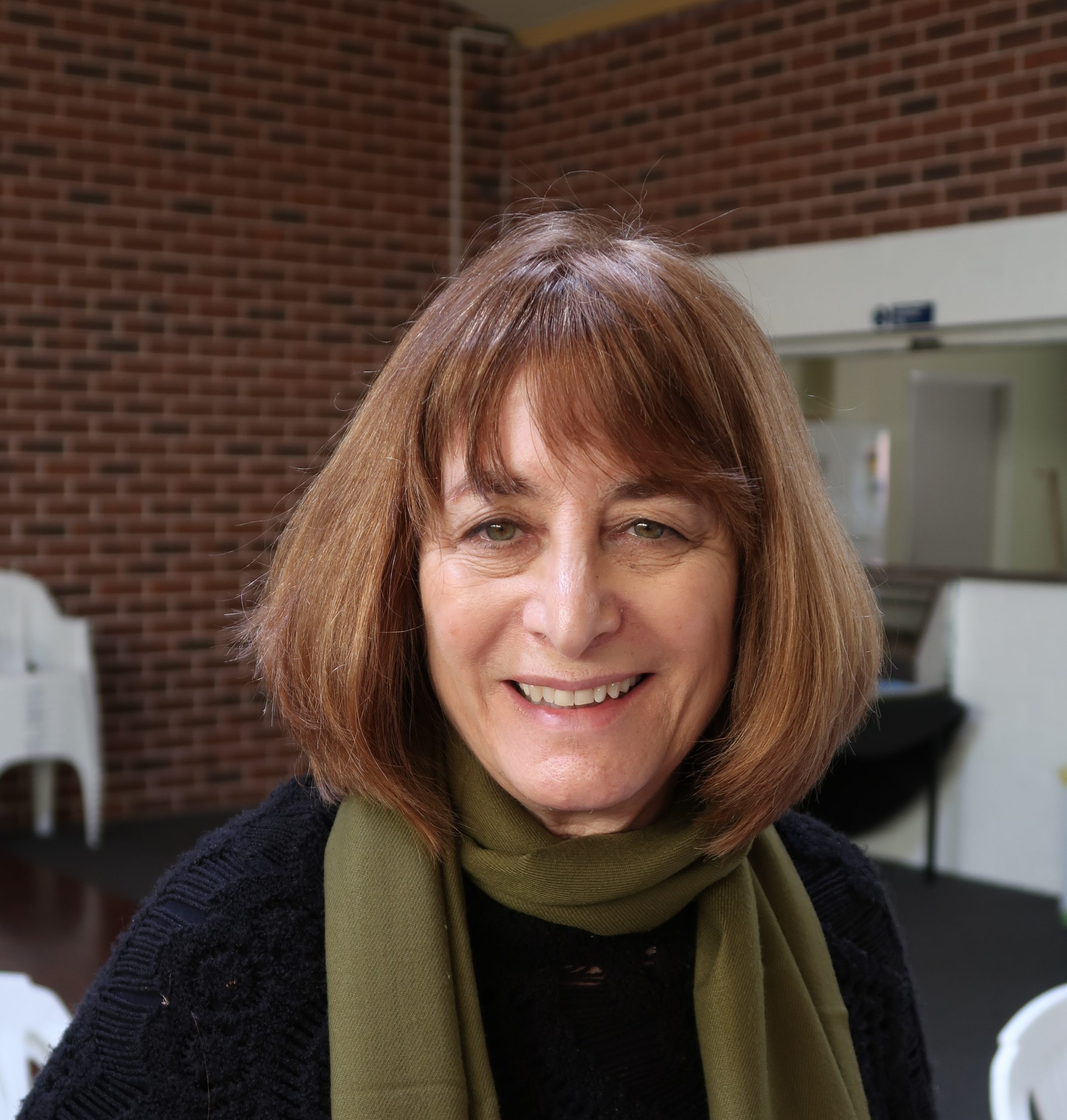 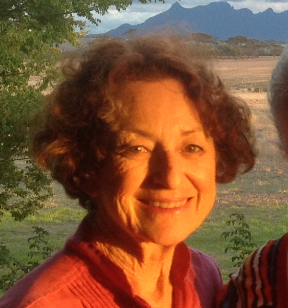 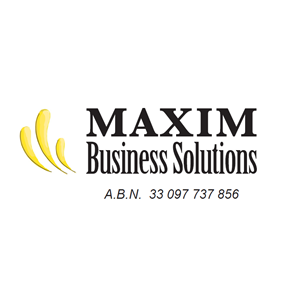 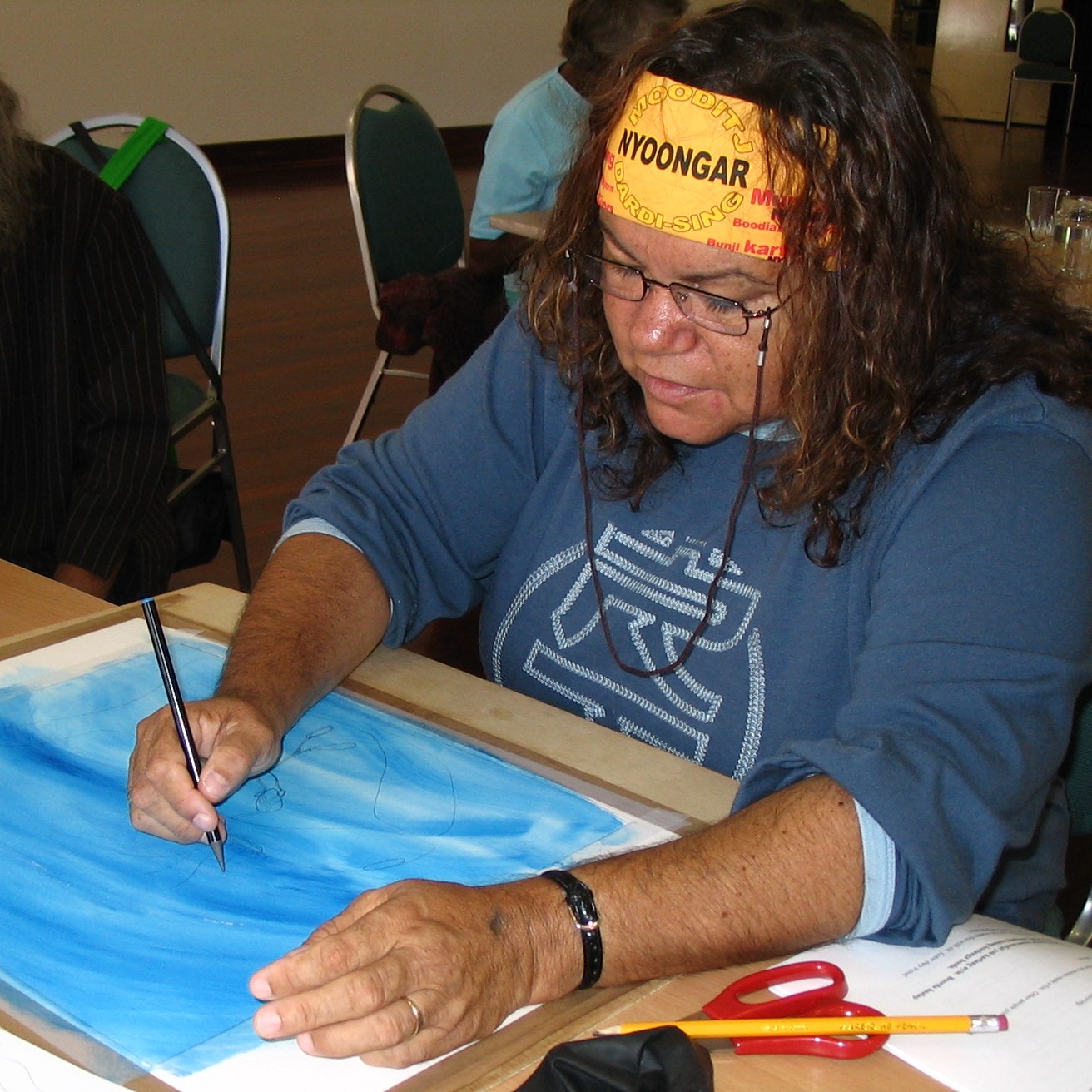 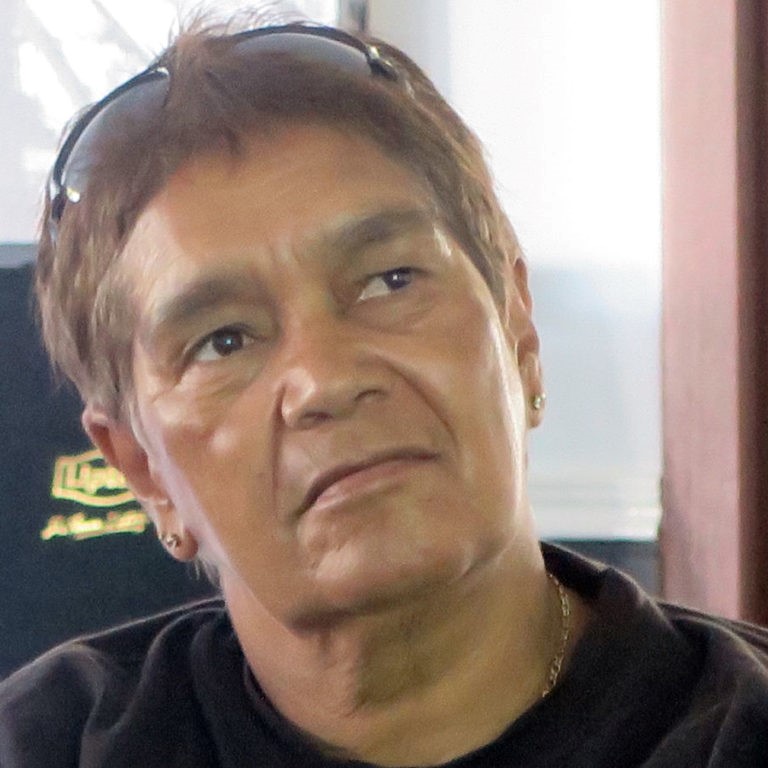 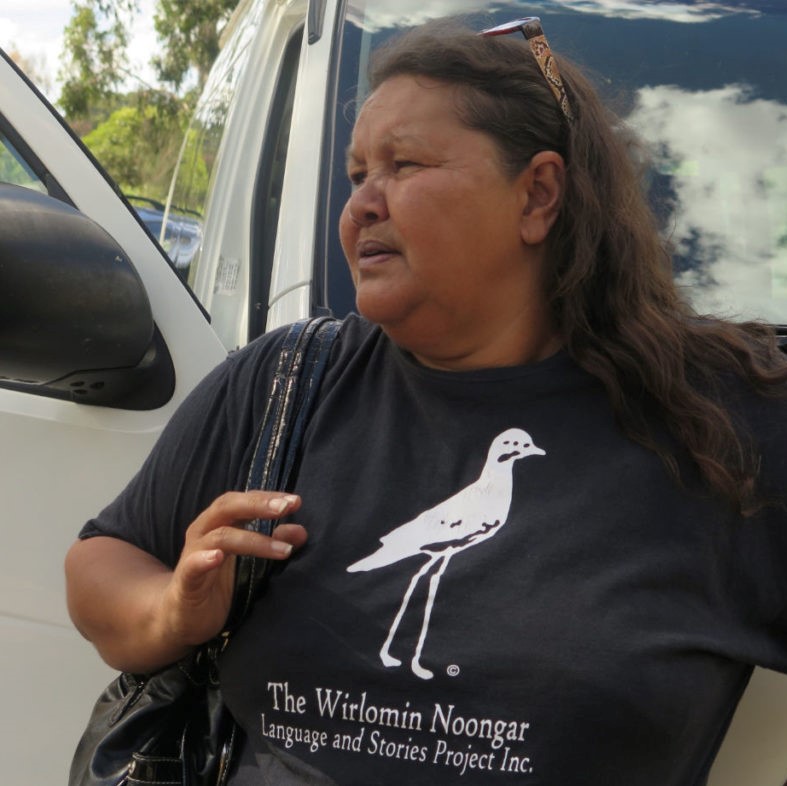 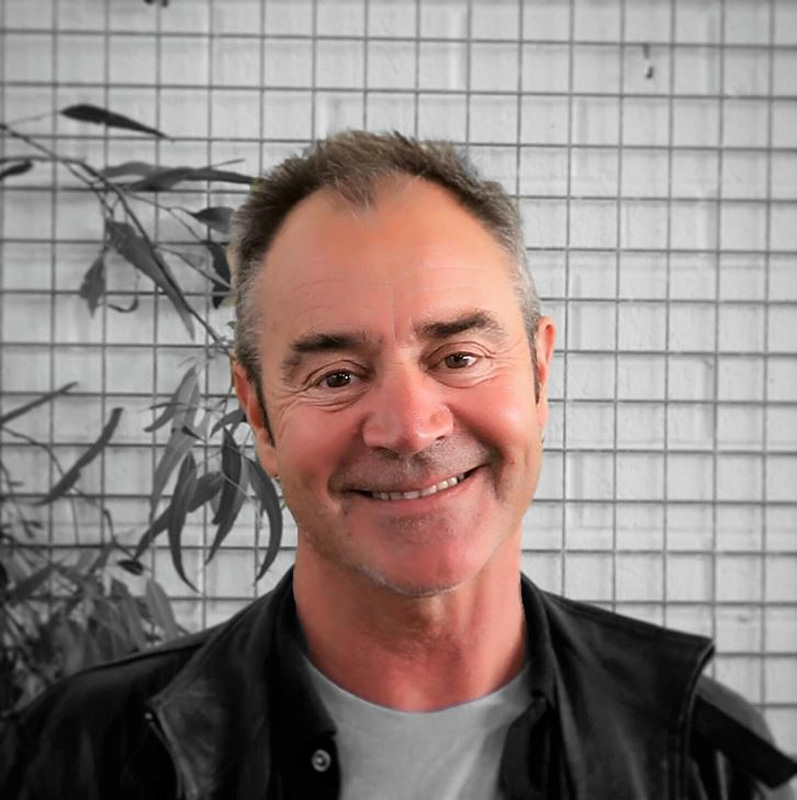 Graeme Miniter was born at the Gnowangerup Mission to parents Roy Miniter and Elaine Miniter nee Brown . He attended primary school in Borden, Mt Lockyer and Spencer Park and high school in Albany. Upon leaving school Mr Miniter has worked for the Education Department as an Aboriginal Liaison Officer, Department of Indigenous Affairs and the Southern Aboriginal  Corporation as a program manager. He also served as Chairperson of the Executive Board at South West Aboriginal Land and Sea Council

Ezzard Flowers currently works as a private consultant in Aboriginal affairs. He was formerly a community development mentor at the SWALC ’s Albany office. He was a 2015 joint recipient of the John Curtin Medal for his attributes of vision, leadership and community service for the important role they played in the repatriation of the Herbert Mayer Collection of Carrolup Artwork to Australia in 2013. Ezzard was instrumental in the return of Carrollup artworks from the USA and the Carrolup Artists Exhibition as part of the 2006 Perth International Arts Festival. He is the chairman of the Mungart Boodjar Aboriginal Corporation Ezzard has worked extensively in education, social work, as a participant in Indigenous Healing Arts Projects and as an Aboriginal Liaison Officer with the South Metropolitan Area Health Service, WA Department of Health and at the National Resource Management in Kojonup. In 2007 Ezzard received a Western Australian Multicultural Community Service award for preserving the cultural heritage of local Noongars. Ezzard is on the Board of Directors of the Aboriginal Arts Centre Hub of Western Australia, and is a member of the Wirlomin Cultural Elders Reference Group.

Mary Gimondo writes grant applications and acquittals and liaises with funding and sponsor bodies and has more than 30 years experience in this field. She is a past secretary of the CBCA WA, has a background as a children’s librarian and has worked for the Education Department and in Public Libraries. Mary has also worked in special and law libraries and currently works at the Australian Tax Office as a business analyst. In 2008 Mary was awarded the CBCA WA Muriel Barwell Award for Distinguished services to children’s literature. Mary is also involved with committees within the community.

Lefki Kailis has a professional background as a librarian, English teacher and Teacher-librarian. Her professional practice has always focused on social justice, respect for the natural environment, and philosophy. She has been the National President of the Children’s Book Council of Australia and National Judge of the CBCA Book Awards.

Lefki is a member of the Aboriginal Reference Group – an advisory body to the city of South Perth and is currently involved in producing a 30 minute documentary on Aboriginal Habitation along the Derbal Yaragan pre European settlement. She has been intimately connected with the Wirlomin family since 2006

Iris Woods is currently an Aboriginal Health Worker with the Great Southern Aboriginal Health Service. Previously she was an Indigenous Liaison Officer with the WA Department of Education’s Peel District Office where she worked promoting Noongar language and cultural activities and translated many children’s songs into Noongar. She is also a teacher of Noongar language with extensive experience and language skills. In 1995 Iris won the Barry Hayward Outstanding Achievement Aboriginal Individual Award, and was nominated for the Premier’s Active Citizenship Awards, Australia Day 2009, for services to her community. Iris also was Coordinator for Noongar Language Teachers networking in Peel-Fremantle District Education.

Iris is a founding member of the Koolbardies Talking Women’s Friendship Circle where Aboriginal and non Aboriginal women work together to learn about cultural differences and support projects that increase the capacity of Aboriginal youth through the development of life skills. She was an adviser on the Board of Management of the Mandurah Youth Centre, a member of the City of Mandurah’s Aboriginal Advisory Group, and is a member of the Wirlomin Cultural Elders Reference Group. Across the board, Iris is an advocate for the stolen generations, redress and helping others. She is a regular guest speaker on history, language and culture at schools and within the community. Iris also served as the chief advisor for the Noongar children’s television program Waabiny Time on NITV.

Roma Winmar/Yibiyung has worked significantly in Indigenous education and the arts where she is continuously working with promoting Noongar language and cultural activities and has translated many children’s songs into Noongar. She has extensive language skills and is presently employed as a Noongar language teacher at Western Australia’s Moorditj College, and as the Elder-in-Residence at Edith Cowan University. She is also is currently on the Board of Sister Kate’s Home Kids Aboriginal Corporation (SKHKAC), and is a member of the Wirlomin Language and Stories Inc. Cultural Elders Reference Group. Roma was awarded the Barry Hayward Outstanding Achievement Aboriginal Individual Award, 2005. She has delivered sessions at conferences on language such as the Connecting with Aboriginal Languages Conference in 2007, in Hawaii; the World Indigenous Suicide Prevention conference in New Zealand in 2016; and the National Aboriginal and Torres Strait Islander Suicide Prevention conference/World Indigenous Suicide Prevention conference in Perth in 2018.

Roma sat on the Department of Education’s Curriculum Council in setting standards and educational expectations for Noongar language taught at secondary and TEE levels. Roma was the language and cultural consultant on the play Yibiyung written by her daughter Dallas Winmar. Roma, under the name of Yibiyung, has worked with the Carrolup School of artists as adults. Biographical cuttings on Yibiyung as an artist in her own right are housed in the National Library of Australia in Canberra as a contemporary Noongar artist. She has a passion for passing on family histories to the next generation through research and storytelling. 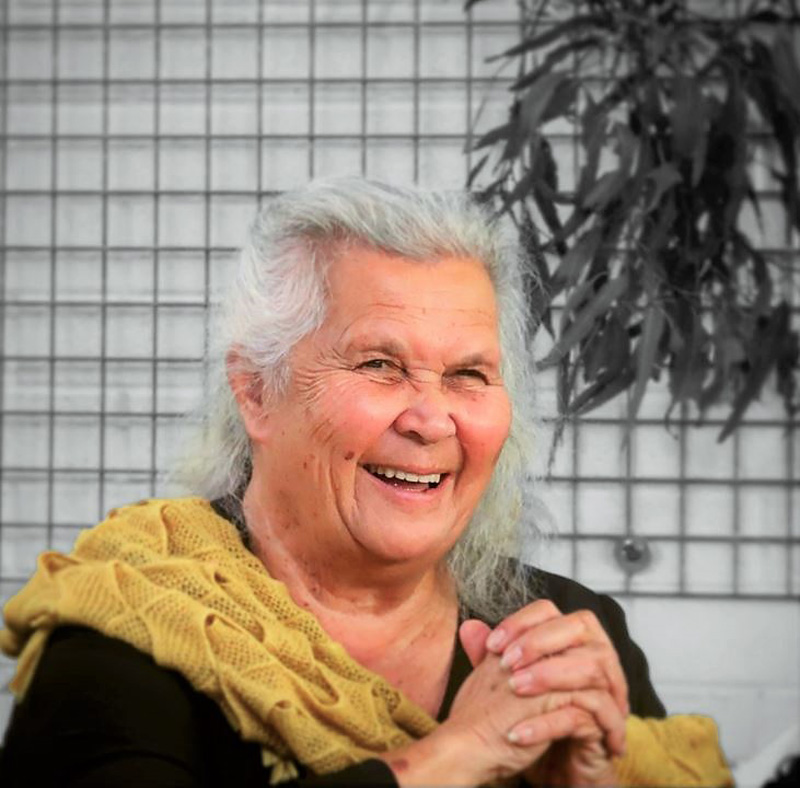 Olivia Roberts is a proud Wirlomin lady. She has broad shoulders and a big heart, having worked for decades in Aboriginal health throughout the Great Southern region. Orphaned at 10, she has grown up with a strong kinship with extended family who have instilled the importance of heritage, culture, family values and respect for others. Olivia has been an executive board member for the South West Aboriginal Land and Sea Council, Aboriginal Legal Services, Southern Aboriginal Corporation, The Aboriginal and Torres Strait Islander Commission and National Aboriginal and Torres Strait Islander Women’s Alliance.

Connie Francis Moses was born in Gnowangerup and remembers hearing Noongar language before hearing English. She descended from the Moses and Yorkshire families of the south coast of Western Australia and is a proud member of the Wirlomin group. Connie is a qualified primary school teacher, has a degree in Aboriginal Studies and is currently studying Aboriginal Community Management. She is passionate about revitalising Noongar language and teaching younger generations.

Kim Scott is an award-winning Noongar author who has worked extensively in Indigenous education and the arts.  Kim began writing for publication shortly after he became a secondary teacher of English.  His first novel, True Country, was published in 1993 and he has had poetry and short stories published in a range of anthologies.  Kim’s second novel, Benang, won the Western Australian Premiers Literary Award 1999, Australia’s premier literary prize, the Miles Franklin Literary Award 2000 (Kim was the first Indigenous author to win this Award), and the RAKA Kate Challis Award, one of Australia’s most valuable and prestigious national awards for Indigenous creative artists, in 2001.  His 2010 novel, That Deadman Dance, won the South-east Asia and Pacific Commonwealth Writers’ Prize, the Miles Franklin Award, the Victorian Premier’s Prize, the NSW Christina Stead Prize and Book of the Year, the South Australian Premier’s Prize, the Australian Literary Society Gold Medal Winner among other accolades. In 2012 it was published in the Northern Hemisphere by Bloomsbury. Kim’s latest novel, Taboo, won the NSW Premier’s Award Book of the Year 2018, the NSW Premier’s Indigenous Writer’s Prize 2018, the University of Queensland Fiction Book Award 2018, and the Victorian Premier’s Literary Award for Indigenous Writing 2019. His work has been translated and published in China, India, Holland and France.

Kim has had a varied and illustrious career in teaching/lecturing including as a secondary school teacher, co-ordinator of the Indigenous Enabling Course and Aboriginal Bridging Course, a Lecturer in the Associate Degree in Contemporary Aboriginal Art (Centre for Aboriginal Studies, Curtin University) and has tutored in Creative Writing.  He was awarded a Centenary Medal, and was 2012 Western Australian of the Year. Kim is currently employed as Professor of Writing in the School of Media, Culture and Creative Arts at Curtin University, and is a member of the Wirlomin Cultural Elders Reference Group.